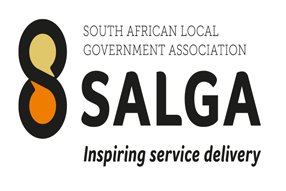 Danga Mughogho
01:33:54
The South African Cities Network has long advocated for greater metro voice in the intergovernmental framework. Such assertiveness is independent of the political assertiveness that Vali Moosa is calling for, and which is also needed. Ideally both should happen.

Michael Sachs
01:44:07
@Phillip: Fantastic input. I think there is a danger of conflating "local govt" with cities. I also think there is a need for more introspection in two senses: first the segregation between private/revenuesource/white and public/expenditurebenefit/black is fundamental, but it may well be stronger within the politics of metros than between metros and other organised units of govt/party. Second, shouldnt we be using this space to reflect on the "constituiton" of local government, becasue it is in crisis (and instituiton blg, capacity blg, ethics training etc dont seem to be working not for want of trying)

Nishendra Moodley
01:44:40
Valli’s point about ethics training is a useful one. However the portrayal of mostly well-meaning local politicians being tempted by the private sector, does not fully account for the incentives built-in in political party funding practices.

Mmakgomo Raikane
01:47:18
pls share the presentions and again i agree that we need ethic training

Nishendra Moodley
01:49:40
I agree with Valli’s point about a particular generation of voices on this programme. Would be great to have seen a range of civil society organisations and social movements who are currently ‘sweating’ the local governance systems designed in the White Paper and legislation.

Danga Mughogho
01:55:43
Re @Andrew Boraine’s statement “organs of insurrection or pre-figuring the local state.” How do we shift from “making townships ungovernable” to the engaged citizenship that developmental local government requires, when the ruling party views itself as a vanguard party driving the developmental state, and civil society as a nuisance.

Lance Joel
01:59:28
Andrew...kindly outline some of those LG functions that were then allocated to PG. With 25 years of experience, was it the correct decision?

Nishendra Moodley
02:02:29
Thanks for the clear statement of the problem Andrew and Philip!

Graeme Gotz
04:50:44
Agreed Chippy. DDM must be about better spatialising national and provincial efforts so that local government can plan better.

Phillip van Ryneveld
04:51:24
Chippy's idea of districts as deconcentrated national and provincial government rather than a representative level is useful

Nishendra Moodley
04:52:05
We have not realised the redistributive and shared capacity intentions of district municipalities. They largely spend resources on governance and administration and not service delivery and have the district-local space has become one of hight contestation and competition for resources.

Itumeleng Mokate
04:55:35
I agree the district structure and purpose need to be revie

Itumeleng Mokate
04:57:01
Need to be reviewed, from viability and duplication powers and functions, especially in urban areas. Differentiated approach is something to explore more ensuring that we have clear principl

Nishendra Moodley
04:57:18
Who do District Municipalities account to for their performance, outside the proportional representation every 5 years? Neither the fiscal system nor governance systems allow for accountability of these arguably expensive and inefficient structures of governance. If Districts Municipalities are to retain value, I agree that it would be a a co-ordination and support agency of national (and maybe provincial) government.

Graeme Gotz
04:57:23
Mike I think that nails it down. In the white paper the discussions went in the direction of saying Districts, built on the RSCs, were to be co-ordinating structures so that adjacent municipalities had a space for collaboration, and (given the base for RSC levels) they needed to be sites of economic planning and development. They were never envisaged as a strong layer of LG relative to locals. In the ANC / Demarcation Board processes that followed, the Districts were seen as the realization of the old 45 strong regions model, to be given significant powers. So they end up as competing local government in the same space as local. Take RSC levies away, and this tendency is reinforced.

Aluwani Ramagadza
04:59:19
In view of the challenges we are seeing in several municipal areas, I think we need a re-think on how to bridge the developmental gap between the former white and black areas. Unless the state, be it through local, provincial or national is able to meet the needs of local communities e.g. build and maintain a roads, bridge, cemeteries, provide electricity, water etc. local government becomes irrelevant. Lets look at all of this in the eye of a citizen in a local area, what do they think about local government and what do they want? The system of government in a local area to suit the developmental needs of the citizenry in the area. If we do not do that, we will keep on wondering what hit us.

Ivor Chipkin
05:33:14
Really great sessions. What is so refreshing is to be reminded of the depth of thought and analysis that went into the design of the LG system, even if many things have not worked well.

Tania Ajam
05:46:56
Thanks Mike, for some reason when I download your presentation for some reason I cannot open it, unlike for Chippy. Could you possible re-send, maybe in a different format? Thanks Roland

Itumeleng Mokate
05:48:52
to all . Interesting session. We need to relook at viability and sustainability factors when exploring LG configuration going forward.

Yunus Chamda
08:21:01
Mike, the glaring deficiency with IDP's is that Provincial and National Government do not make firm and credible inputs into the IDP on what they will implement in the Municipal space. If done correctly, you have a ready made ONE PLAN while we resolve many other problems.

Muthotho SIGIDI
08:24:44
Granted that IDPs have such a deficiency, but are the IGR structures at district level working or capacitated properly in such a way that they insist on credible representation from National and Province when busy with the IDP representative meetings. Some just require a letter written to these sectors-

Michael Sutcliffe
08:25:42
Agree, Muthotho, but that is what we must be demanding in DDM — how do we ensure national and provincial actually show their plans and are held accountable

Michael Sutcliffe
08:26:41
Agree Yunus, but we cannot continue to have provincial governments saying they will upgrade clinics and then the MEC changes things and builds a hospital in their area

Oupa Nkoane
08:27:49
Dr Sutcliffe I like the historical point you raised about the historical Tshwane demarcation, I will engage you offline on that one.

Karen Heese
09:12:46
Skills are a key issue - the wrong set of incentives risk repelling suitable candidates. Why for eg do we have such high vacancy rates in Gauteng?

Phindile Baleni
09:27:41
CEO of SALGA electricity distribution has not been a benefit to municipalities,they are sinking with this revenue source. The issue of revenue collection by municipalities is a big issue, much more grave than we are willing to admit.

Michael Sutcliffe
09:29:12
I agree, even when I was in eThekwini the “surplus” disappeared and we had to cut the cloth to address this loss.

Muthotho SIGIDI
09:34:45
I agree with you Phindi, just two weeks ago COGTA Free tate made a presentation that Mangaung had a surplus of R11bn in 2016 but today they have a deficit of plus minus R200 000. Didn't the same metro fire Ms Mazibuko? We must admit challenges that are there to ensure we prescribe the correct medicine.

Xolile George
09:37:13
your point is debatable phindi as your reflection covers one dimension of the viability threats to local govt . Thje point I’m making is what you already know ,ie,the non regulation of the relationship between eskom and municipalities undermines the ability of local govt to enforce credit control measures .The basis of the fiscal model of local govt rest largely on the electricity revenue component of the revenue mix of municipalities

Xolile George
09:38:19
there are off course many weakness in the municipal capability statement to execute this function and this is where you are correctly making the observation

Michael Sutcliffe
09:39:18
I interpreted Phindi differently — my own point is that due to the fixed costs of staffing etc, and the increased costs of ESKOM it was increasingly difficult to treat electricity as a source of surplus and it had become similar to water. And that is in a municipality where we managed to collect around 95-100%

Jan Hattingh
09:40:04
We have released the State of LG Finance and Financial Management Report today...….

Xolile George
09:41:14
as i said these are debatable points mike and i dont think my reflections are that phindi argument is wrong or mine is right ,I’m merely saying the non regulation of the relationship further weakens local govt to manage that function relatively better

Phillip van Ryneveld
09:41:50
I think the material that NT has produced over the years has been outstanding. I look forward to reading this one too

Please right-click the download link below
and choose"Save Link As..."